Over the past decade, the CRISPR genome-editing system has revolutionized molecular biology, giving scientists the ability to alter genes inside living cells for research or medical applications. Now, researchers at Gladstone Institutes have fine-tuned an additional system for more efficient gene editing, using molecules called retrons. 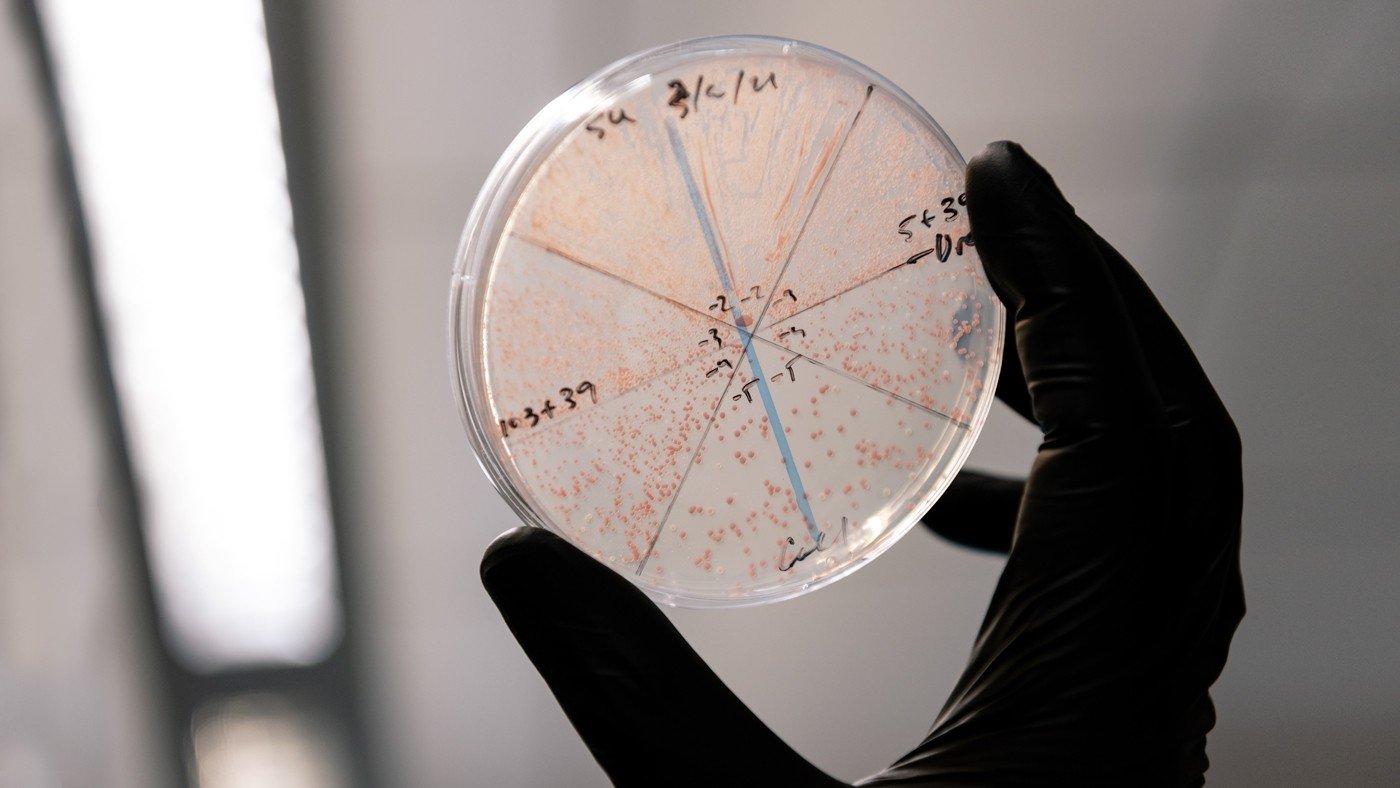 Retrons, the group reported in the journal Nature Chemical Biology, can be optimized for efficiency and used to edit genes in a variety of cell types, from fungi to human cells.

“This work really solidifies retrons as a platform that can be used across organisms,” says Gladstone Assistant Investigator Seth Shipman, PhD, senior author of the new study. “We can make precise modifications to genes more easily, quickly, and efficiently than with current approaches.”

A One-Stop Shop for Gene Editing

Most current gene-editing technologies based on the CRISPR system involve cutting a section of DNA out of a cell’s genome, and then introducing new genetic material called “template DNA” to replace it. As the cell repairs the places where an existing gene was cut, the template DNA is integrated.

That template DNA is normally produced in the lab and then introduced to cells from the outside. The protein that cuts the cell’s genome—called Cas9—is delivered separately. Neither Cas9 nor the template DNA penetrate every cell, limiting the efficiency of CRISPR gene editing.

Retrons, however, act like DNA factories, producing abundant copies of template DNA from inside cells. Moreover, retrons can be delivered along with the rest of the CRISPR components so that cells get all the material needed for gene editing simultaneously—the genetic codes for template DNA, Cas9, and molecules that help researchers track the edits that have been made.

“This means we only have to introduce one element to each cell,” says Santiago Lopez, a graduate student in the Shipman Lab and first author of the new paper. “That significantly simplifies the process and opens the door for new types of experiments.” 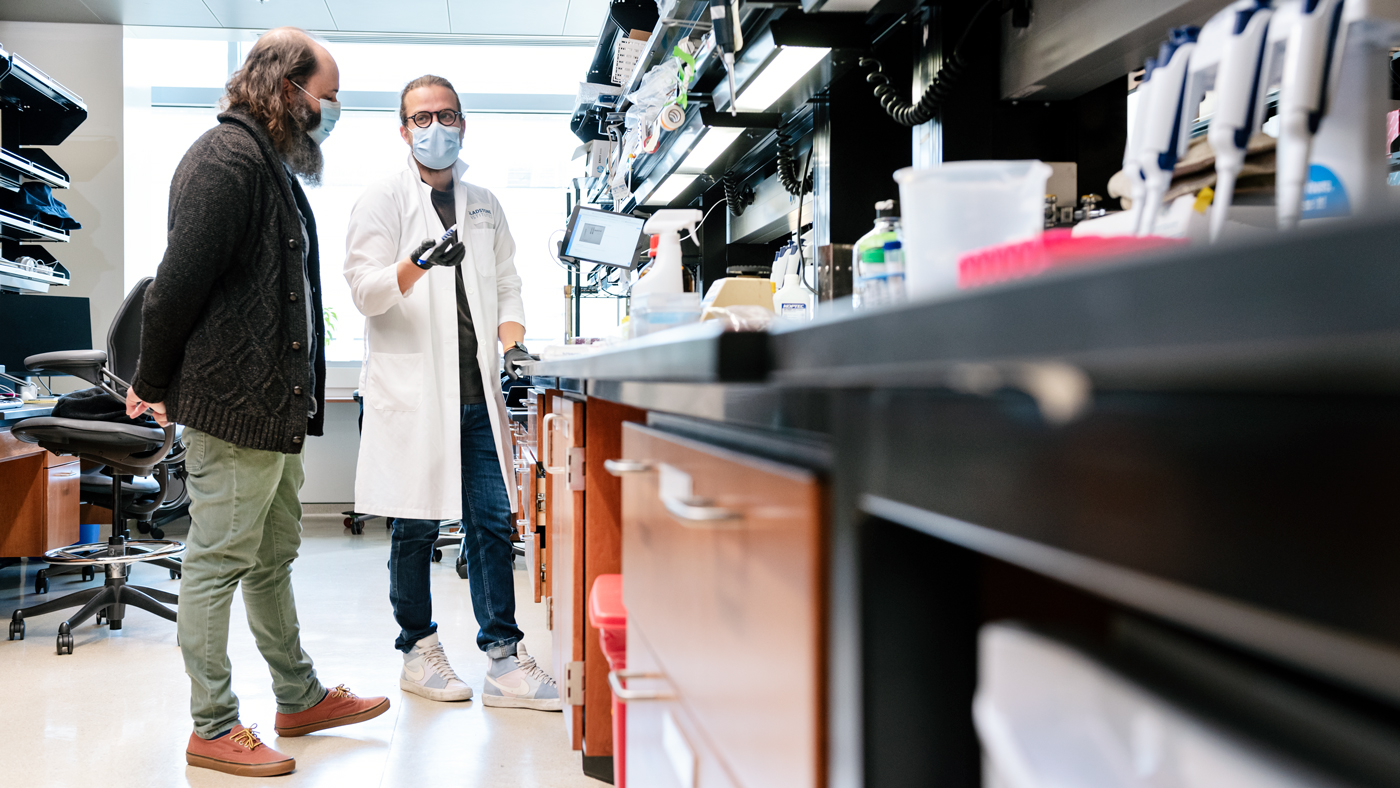 Both retrons and CRISPR originate from bacteria; both are defense mechanisms that bacteria use to alter DNA in response to infections. After the advent of CRISPR genome editing, in which the CRISPR system was co-opted to selectively target genes in other cell types, some researchers began probing whether retrons could be used to supply the templates for precise gene editing. However, the roles of different sections of the retron’s structure in its function—and how to tweak those sections to improve retrons—has been unknown.

“The retron system evolved to help defend bacteria,” says Shipman, who is also an assistant professor of bioengineering and therapeutic sciences at UC San Francisco (UCSF). “But we wanted to change it from what it does normally to what we want it to do—produce templates for gene editing.”

In the new study, Shipman’s group engineered E. coli retrons to create hundreds of new variants. They tested each new variant and discovered a series of changes that, together, led to an 8-to-10-fold increase in how much template DNA was eventually produced by the retron in E. coli cells.

Next, the researchers tested the new re-engineered retron system in the fungus Saccharomyces cerevisiae (Baker’s yeast) and in cultured human cells, and they found that this optimized system worked in all cases. This was the first demonstration of retrons’ use in human cells and their portability across cell types.

Shipman (left) and Lopez (right) developed a useful research tool for editing genes in different cell types in the lab.

“Our study demonstrates for the first time that the more template DNA we can produce, the better the genome editing,” says Shipman. “Better and more precise editing ultimately means more effective and safer genomic medicines and more advanced fundamental research.”

Retrons, Shipman says, are immediately useful as a research tool for editing genes in different cell types in the lab. While the platform isn’t yet ready for use in humans, it also holds the potential to help edit genes for therapeutic purposes—for example by repairing gene mutations that cause disease.

Since different bacteria contain different retrons, his group also plans to explore whether other retron variations have benefits over the E. coli retron they optimized in this study.

“We’re taking a general approach in which we’re mining parts that we find in bacteria and domesticating them for our own use,” says Shipman. “This has already been incredibly fruitful for developing new tools, but I think we’re only just beginning to reap the benefits of applying these tools in biotechnology.”