Salk scientists improve liver regeneration in mice, which could lead to new treatments for liver disease 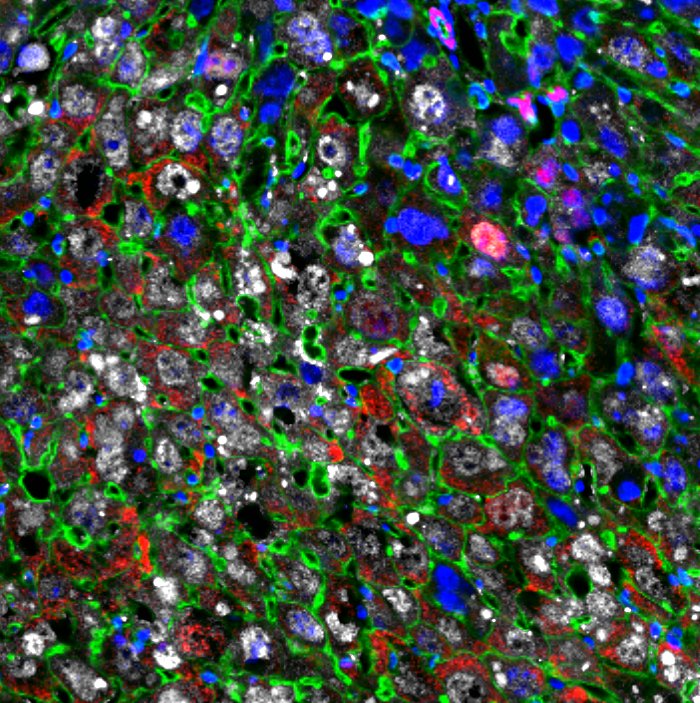 Mammals can’t typically regenerate organs as efficiently as other vertebrates, such as fish and lizards. Now, Salk scientists have found a way to partially reset liver cells to more youthful states—allowing them to heal damaged tissue at a faster rate than previously observed. The results, published in Cell Reports on April 26, 2022, reveal that the use of reprogramming molecules can improve cell growth, leading to better liver tissue regeneration in mice.

“We are excited to make strides at repairing cells of damaged livers because, someday, approaches like this could be extended to replacing the whole organ itself,” says corresponding author Juan Carlos Izpisua Belmonte, a professor in Salk’s Gene Expression Laboratory and holder of the Roger Guillemin Chair. “Our findings could lead to the development of new therapies for infection, cancer and genetic liver diseases as well as metabolic diseases like nonalcoholic steatohepatitis (NASH).”

The authors previously showed how four cellular reprogramming molecules—Oct-3/4, Sox2, Klf4 and c-Myc, also called “Yamanaka factors”—can slow down the aging process as well as improve muscle tissue regeneration capacity in mice. In their latest study, the authors used Yamanaka factors to see if they could increase liver size and improve liver function while extending the health span of the mice. The process involves partially converting mature liver cells back to “younger” states, which promotes cell growth.

“Unlike most of our other organs, the liver is more effective at repairing damaged tissue,” says co-first author Mako Yamamoto, a staff researcher in the Izpisua Belmonte lab. “To find out if mammalian tissue regeneration could be enhanced, we tested the efficacy of Yamanaka factors in a mouse liver model.”

The issue many researchers in the field face is how to control the expression of factors needed for improving cell function and rejuvenation as some of these molecules can cause rampant cell growth, such as occurs in cancer. To circumvent this, Izpisua Belmonte’s team used a short-term Yamanaka factor protocol, where the mice had their treatment administered for only one day. The team then tracked the activity of the partially reprogrammed liver cells by taking periodic samples and closely monitoring how cells divided over several generations. Even after nine months––roughly a third of the animal’s life span–– none of the mice had tumors.

“Yamanaka factors are truly a double-edged sword,” says co-first author Tomoaki Hishida, a former postdoctoral fellow in the Izpisua Belmonte lab and current associate professor at Wakayama Medical University in Japan. “On the one hand, they have the potential to enhance liver regeneration in damaged tissue, but the downside is that they can cause tumors. We were excited to find that our short-term induction protocol has the good effects without the bad—improved regeneration and no cancer.”

The scientists made a second discovery while studying this reprogramming mechanism in a lab dish: A gene called Top2a is involved in liver cell reprogramming and is highly active one day after short-term Yamanaka factor treatment. Top2a encodes Topoisomerase 2a, an enzyme that helps break up and rejoin DNA strands. When the researchers blocked the gene, which lowered Topoisomerase 2a levels, they saw a 40-fold reduction in cellular reprogramming rates, leading to far fewer young cells. The exact role that Top2a plays in this process remains a future area of research.

“There is still much work to be done before we can fully understand the molecular basis underlying cellular rejuvenation programming approaches,” says Izpisua Belmonte. “This is a necessary requirement for developing effective and universal medical treatments and reversing the effects of human disease.”

Izpisua Belmonte is currently Institute Director of Altos Labs Inc., in addition to being a professor at the Salk Institute.