University of Michigan researchers have been awarded an NSF grant to design an open source framework for robotic prosthetic legs that function more naturally and offer a wider range of capabilities. 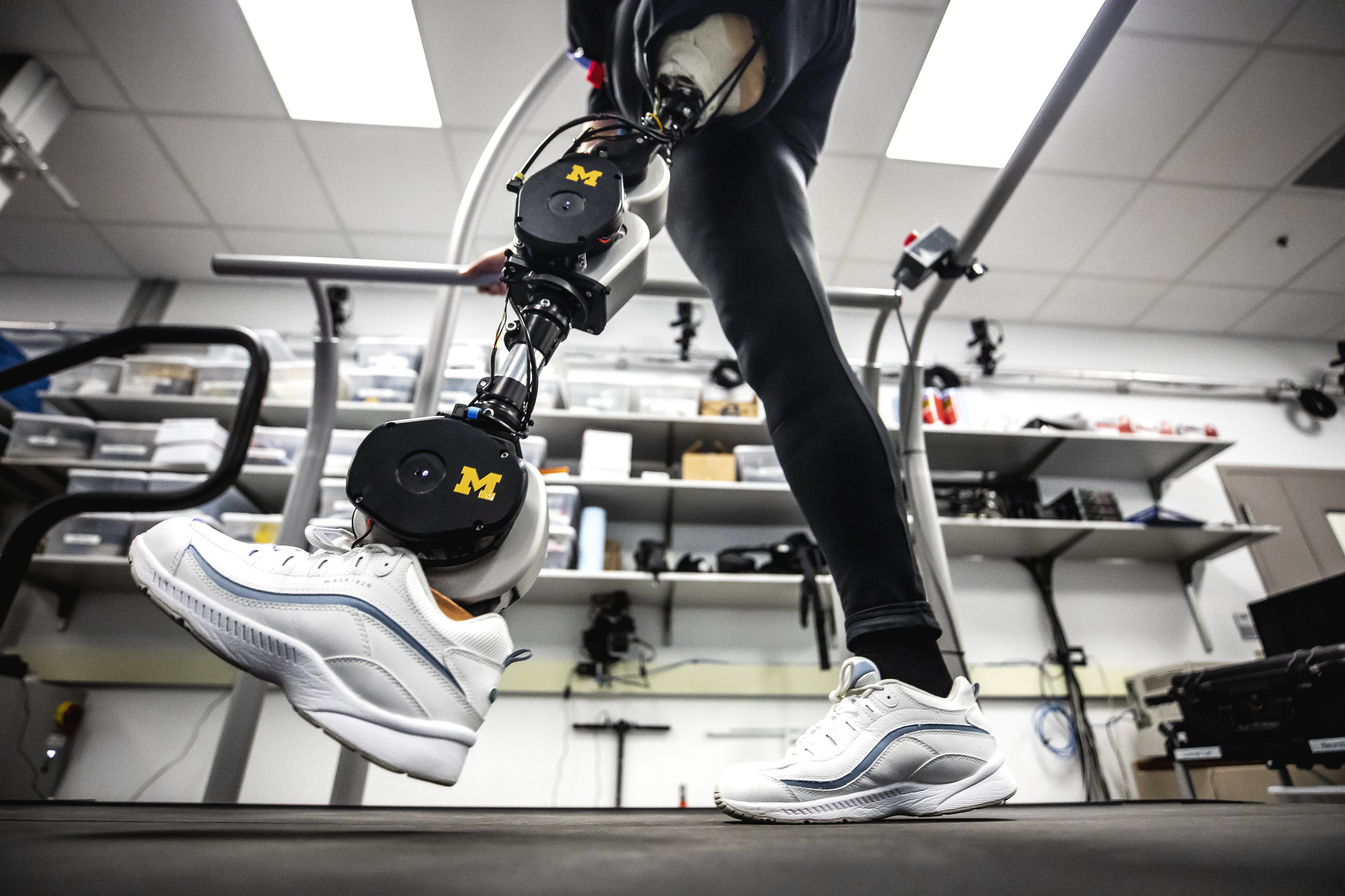 A new project, funded by a $940,000 grant from the National Science Foundation (NSF), looks to develop new open source control software to expand the capabilities and responsiveness of robotic prosthetic legs. The project is led by Prof. Robert Gregg, Associate Director of Michigan Robotics, and Elliot Rouse, a professor of mechanical engineering at the University of Michigan.

Rouse released the first ever open-source design of a bionic leg last year, which focused on the hardware specifications. Rouse’s design allows a spring to be attached to the motor, which can smooth out motion. Gregg’s project focuses on the control software needed to make a robotic leg more responsive to physical cues.

Traditionally, robotic legs have fairly rigid programming that only allows them to perform a certain kind of movement at a certain pace. What’s more, the leg needs to correctly interpret cues from the user to know what kind of movement to initiate. Gregg’s method uses sensors to detect subtle physical cues, such as hip motion, that allows a robotic leg to behave and respond to the user more naturally.

“Our method of using continuous cues synchronizes the prosthetic leg to the intended motion of the human, rather than the other way around.” Gregg says. “It lets the user step over obstacles or kick soccer balls.”

The sensors are located entirely on the prosthetic, meaning the design is a self-contained plug-and-play solution. Collaborating researchers from the University of Washington are also investigating the potential benefit of additional wearable sensors, similar to what’s currently used in cell phones to detect orientation and acceleration, and if these would improve the effectiveness of the controller.

The goal is to release the control software design to the public, furthering the speed of research and advancement. Having a starting template can shave years off a project and allow researchers to focus on a specific application or component. Such open source projects are common for upper body prosthetics, such as hands, but Rouse was the first to open source a robotic leg design.

“Lower limb prostheses require more sophisticated control, as they need to produce much more torque and support the body’s weight,” Rouse says. “I hope use of the Open Source Leg continues to catch on, and we work together as a field to address the control challenges, and, ultimately, improve the lives of people with disabilities.”

There are many benefits to exploring the potential of robotic prosthetic legs over simple prosthetic options, particularly for above-the-knee amputees. Non-robotic prosthetics require high metabolic cost from the user, because these devices don’t provide any sort of lift or propulsion. This forces the user’s intact joints to compensate, which can lead to wear and injury over time.

“Robotic legs have the potential to actually restore the more normative biomechanics of a biological leg,” Gregg says.