Johns Hopkins Medicine scientists say they have successfully turned back the biological hands of time, coaxing adult human cells in the laboratory to revert to a primitive state, and unlocking their potential to replace and repair damage to blood vessels in the retina caused by diabetes. 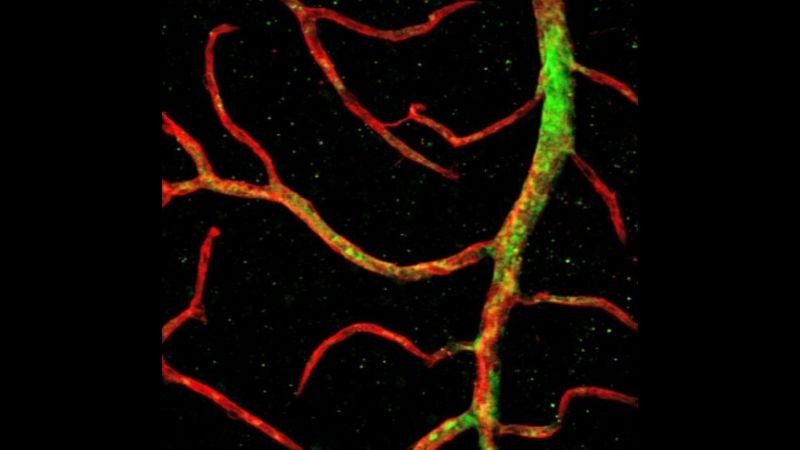 
The findings from this experimental study, they say, advance regenerative medicine techniques aimed at reversing the course of diabetic retinopathy and other blinding eye diseases.

“Our study results bring us a step closer to using stem cells more widely in regenerative medicine, without the historical problems our field has encountered in getting such cells to differentiate and avoid becoming cancerous,” says Elias Zambidis, M.D., Ph.D., associate professor of oncology at the Johns Hopkins Kimmel Cancer Center and a member of Johns Hopkins’ Institute for Cell Engineering.

According to the National Eye Institute, diabetic retinopathy is a leading cause of blindness in U.S. adults. By 2050, researchers estimate that some 14.6 million Americans will have the condition, which results in abnormal blood vessel growth in the retina, where light is processed into vision.

For the study, the scientists began their experiments with a fibroblast — a connective tissue cell — taken from a person with type 1 diabetes. Reprogrammed fibroblasts function as “stem” cells, with the potential to give rise to all tissues in the body, including blood vessels.

The Johns Hopkins team, including research associate Tea Soon Park, Ph.D., reprogrammed the fibroblast stem cells to revert to a state that is even more primitive than that of conventional human induced pluripotent stem cells — more like the state of embryonic cells about six days after fertilization. This is when cells are the most “naive,” or more capable of developing into any specialized type of cell with a much higher efficiency than conventional human induced pluripotent stem cells.

To do this, the scientists bathe the cells in a cocktail of nutrients and chemicals. What should go into the cocktail to build a better naive stem cell has been a subject of debate over the past decade.

Zambidis’ team used a cocktail mixture of two drugs that other scientists previously used to reprogram stem cells: GSK3β inhibitor CHIR99021, which blocks carbohydrate storage in cells, and MEK inhibitor PD0325901, an experimental anti-cancer drug that can block cancer cell growth. The team had also looked at the potential of a third drug, a PARP inhibitor — a popular anticancer drug used to treat a variety of cancers including those of the ovaries and breast.

To the researchers’ surprise, Zambidis says, the trifecta of MEK, GSK3β and PARP inhibitors worked to wind back the cells’ biological clock. He calls the cocktail 3i, named for the three inhibitors. Zambidis’ team had first reported experiments using the three-drug cocktail in 2016.

For the new study, the research team tracked the reprogrammed stem cells’ molecular profile, including measures of proteins such as NANOG, NR5A2, DPPA3 and E-cadherin that guide cell differentiation. That profile appeared similar to that found in so-called naive epiblast cells, the primitive cells that make up an approximately six day-old human embryo.

The scientists also found that the stem cells reprogrammed with the 3i cocktail did not have abnormal changes in factors that can alter core DNA, called epigenetics, that typically plague other lab-made versions of naive stem cells.

Finally, the research team injected cells called vascular progenitors, which were made from the naive stem cells and are capable of making new blood vessels, into the eyes of mice bred to have a form of diabetic retinopathy that results from blood vessels closing off in the retina. They found that the naive vascular progenitors migrated into the retina’s innermost tissue layer that encircles the eye, with higher efficiencies than have been reported with vascular cells made from conventional stem cell approaches. The naive vascular cells took root there, and most survived in the retina for the duration of the four-week study.

“Interestingly, the 3i ‘naive reprogramming’ cocktail appeared to erase disease-associated epigenetics in the donor cells, and brought them back to a healthy, pristine non-diabetic stem cell state,” says Zambidis.

For comparison, the team reprogrammed diabetic fibroblasts to non-naive stem cells using standard methods, and the resulting vascular progenitor cells failed to migrate as deeply into the retina or survive the length of the study.

Zambidis, Park and the other research team members say more experiments are needed to refine the 3i cocktail and to study the regenerative capacity of the stem cells they grow from the cocktail.