According to the Federal Statistical Office of Germany, cancer is one of the most frequent causes of death, accounting for almost 25% of all deaths cases. Chemotherapy is often used as a treatment, but also brings side effects for healthy organs. Scientists around David Ng, group leader at the Max Planck Institute for Polymer Research, are now trying to take a completely different approach: By means of targeted and localized disruption of the cancer cells’ structure, its self-destruction mechanism can be activated. In laboratory experiments, they have already demonstrated initial successes.

Cancer is a disease in which cells multiply uncontrollably, which could lead to tumor growth. In addition to radiation therapy, cancer is often combated with chemotherapy: The chemicals administered affect various biochemical processes of the body, especially of the cancer cells ensuring that a tumor can no longer grow and slowly dies.

Chemotherapy, however, is stressful for the body and it can become ineffective with time: In addition to side effects, the cancer can sometimes adapt to the chemicals, resist their effects and create new ways of growing further. "We have now tried to take a different approach and not to influence the cancer by interfering with the biochemical processes, but to attack its structure directly," says Dr. David Ng, group leader in Prof. Tanja Weil's department at the Max Planck Institute of Polymer Research. 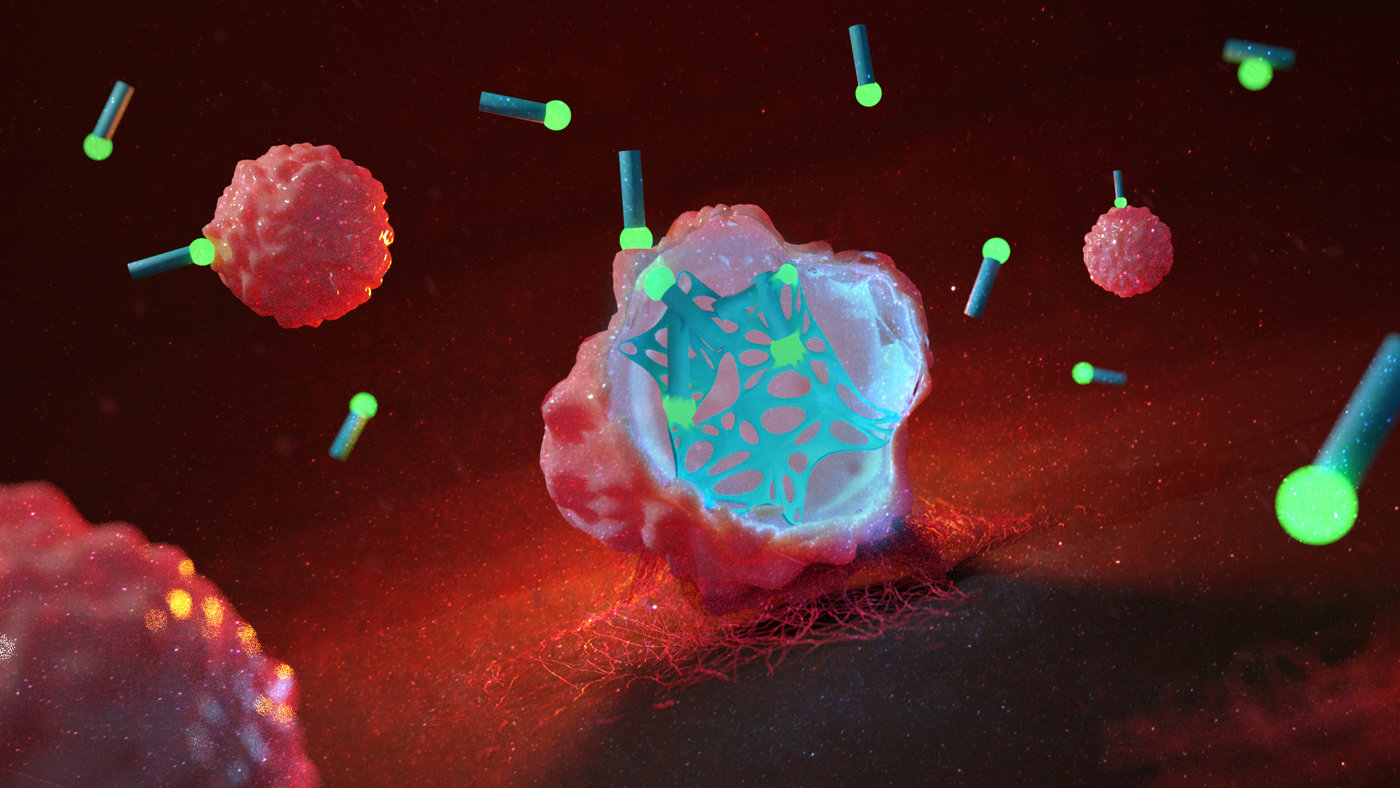 The physical structures of cancer cells are disrupted by a web forming inside of the cells – which activates their self destruction mechanism.

The scientists have synthetically produced a type of molecular Lego brick for this purpose and these bricks travel into both normal and cancer cells via a special attachment. The Lego brick alone is harmless, however, the unique conditions present in cancer cells set a series of chemical reactions in motion. "In cancer tissue, the environment is much more acidic than in normal tissue," says Ng. "In addition, much more highly reactive oxidative molecules are found within the cancer cells due to the cancer’s increased metabolic activity - and we take advantage of that".


If both conditions are met, the individual Lego bricks can connect - and thus form a large web-like network. This web, which grows inside the cancer cells, is extremely stable and deforms the cancer cells from the inside out. Unable to cope with the physical stress, the cancer cell activates its own self-destruction mechanism. "We thus attack the cancer cell in a way it cannot defend itself against," says Ng.

The researchers have so far investigated the method on cancer cells in a laboratory culture and were able to prove that the cells die within a very short time of approximately four hours. In the future, their method could possibly represent an alternative to cancer treatment and further studies are ongoing.

As a perspective, Ng, Weil and colleagues will continue to work on increasing the precision of the deformation and on the biodegradation of the net after the cancer cells have died.

They have published their results in the renowned "Journal of the American Chemical Society".