A novel CAR T-cell therapy, developed by UCL researchers and designed to target cancer cells more quickly and cause fewer side effects, has shown very promising results for children with previously incurable acute lymphoblastic leukaemia (ALL). 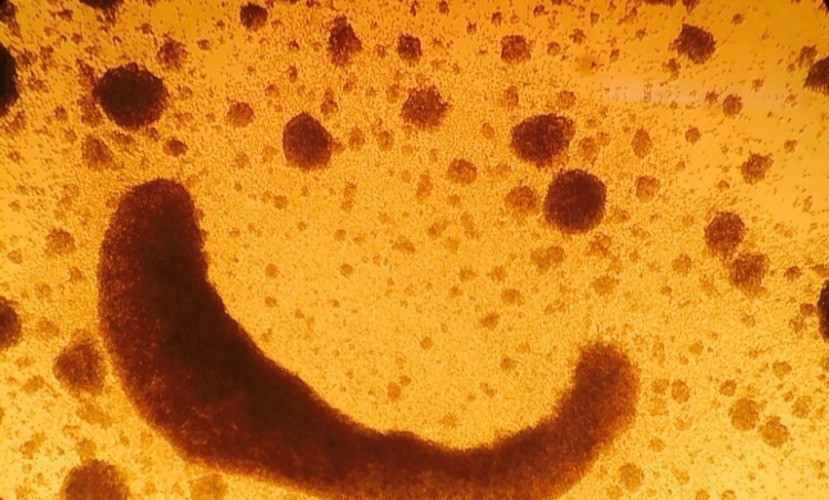 In CAR T therapy, immune cells (T-cells) are engineered to contain a molecule called a chimeric antigen receptor (CAR) on their surface which can specifically recognise cancerous cells. In this approach, the patient’s own T cells are genetically modified to contain a new type of CAR molecule known as CAT-19, which was developed in Dr Martin Pule’s laboratory at the UCL Cancer Institute.

The modified CAR T-cells were used to treat 14 patients with relapsed ALL at GOSH, Manchester Children’s Hospital and University College Hospital, London.

Published in Nature Medicine today, the results show that after receiving the CAR T treatment, 12 out of 14 patients with otherwise incurable ALL cleared their disease after three months and five patients remain leukaemia-free. Patients also experienced less of a harmful side effect known as cytokine release syndrome (CRS).

ALL affects around 400 children a year in the UK and, while most patients are curable with standard treatments like chemotherapy and transplant, in some patients the disease comes back (relapses) despite maximal treatment. CAR T-cells have shown great promise for relapsed ALL - the most common cause of cancer death in children in the UK.

The study, which was funded by Great Ormond Street Hospital Children’s Charity and Children with Cancer UK, opened in June 2016, enabling UK patients to have access to this ground-breaking new treatment before a commercial CAR-T cell therapy, Kymriah, became available on the NHS.

In the study laboratory experiments showed that, compared to other CAR T therapies, the CAT-19 CAR T cells were able to grow better after encountering leukaemia cells. In patients, high numbers of the CAT-19 CAR T-cells were still present in the blood after the cancer had been cleared, enabling the body to keep fighting against the leukaemia even years after treatment.

Patients receiving CAR T therapies often experience CRS as the immune system becomes overactive attempting to fight the cancer cells. It can cause patients to be admitted to intensive care and can lead to death. To avoid this, the CAR T therapy used in the CARPALL trial has been designed so that it interacts with its target on the surface of cancer cells more rapidly than other similar therapies. This means that while CAR T-cells can still kill leukaemia cells efficiently, the cells cause less activation of the immune system and therefore fewer dangerous side effects. No patients who received the new therapy developed severe CRS suggesting that this therapy is safer than other CAR T-cell therapies, though this will need to be confirmed in larger studies.

Professor Amrolia, study Chief Investigator and National Institute for Health Research (NIHR) Research Professor at UCL GOS ICH, said: “CAR T therapy is a fantastic example of using the power of the immune system to specifically target cancer cells. While it doesn’t work for everyone, it can offer hope for those children who have run out of all other options.

"We’re just at the beginning of this new treatment and over the next few years I hope we can refine it further to make it safer and more effective. The side effects of CAR T therapies can be severe, so we hope that this new technology can reduce the risk for patients.”

Dr Martin Pule (UCL Cancer Institute) said: “Our pre-clinical studies of this new therapy suggested that CAT-19 CAR T-cells would engraft better and it is gratifying to see this replicated in patients.”

Co-author Dr Sara Ghorashian, UCL GOS ICH and GOSH, said: “The safety profile emerging from this paediatric study is encouraging. CAT-19 was well-tolerated and we did not see severe cytokine release syndrome or neurotoxicity seen in other ALL programs.

"It is very promising to see these strong remission rates and excellent CAR T cell expansion and persistence, which gives us hope that CAT-19 could improve outcomes for these patients.”

The CARPALL study was also funded by the JP Moulton Foundation and the work was underpinned by the NIHR Biomedical Research Centres at GOSH and University College London Hospitals NHS Foundation Trust (UCLH). The study is part of UCL’s pioneering CAR T-cell programme which currently has nine Phase I studies, including a related study looking at the use of the same therapy to treat adult patients. Other research in the centre aims to extend CAR T cell therapy to other cancers.