Common gut bacteria can fuel the growth of prostate cancers and allow them to evade the effects of treatment, a new study finds. 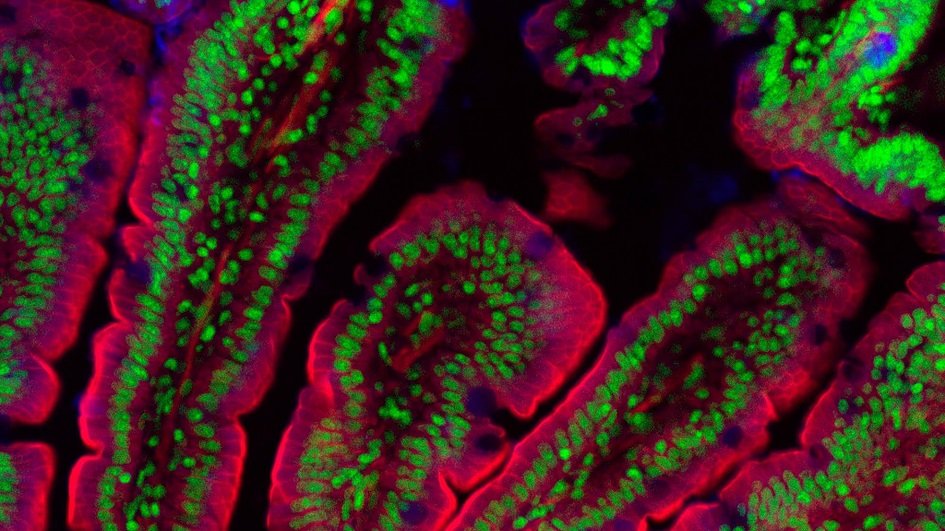 Scientists revealed how gut bacteria contribute to the progression of advanced prostate cancers and their resistance to hormone therapy – by providing an alternative source of growth-promoting androgens, or male hormones.

Hormone therapy is the standard of care for advanced prostate cancer and works by lowering levels of androgens. But researchers found that low androgen levels in patients can drive the expansion of gut bacteria, which can become hormone factories to sustain prostate cancer growth.

Bacterial ‘fingerprints’ identified by scientists may help pick out patients at high risk of developing resistance to treatment who could benefit from strategies to manipulate their ‘microbiome’. For example, men could undergo a faecal transplant or take a yoghurt drink enriched with favourable bacteria.

The role of gut bacteria in prostate cancer

A team of scientists from The Institute of Cancer Research, London, the Institute of Oncology Research in Bellinzona, Switzerland and the Swiss Federal Institute of Technology used mice and patient samples to investigate the role of gut bacteria in prostate cancer growth and progression.

The findings, once further validated in the clinic, could provide new opportunities for the treatment of prostate cancer through manipulation of the microbiome.

The study, published in the journal Science, was funded by the , Prostate Cancer UK, Cancer Research UK and The John Black Charitable Foundation.

Gut bacteria are part of our microbiome and are usually valuable to humans. However, cancer and other diseases can ruin this mutually beneficial balance – for example by promoting the expansion of gut bacteria and encouraging them to release toxins or other molecules that affect cancer cells.

Given the role these ‘gut bugs’ can play in cancer, researchers looked at whether the gut bacteria from men with prostate cancer could also alter patients’ hormone metabolism, and so affect cancer growth.

Scientists found that getting rid of all gut bacteria in mice with prostate cancer slowed tumour growth and delayed the emergence of hormone resistance.

They also found that transplanting faeces from mice with hormone-resistant prostate cancer into mice with low androgen levels that had not yet developed resistance encouraged tumour growth.

The researchers demonstrated in mice that gut bacteria were able to make androgen hormones from precursor molecules.

To translate the findings into humans, researchers analysed the gut bacteria from patients who were being treated at The Royal Marsden NHS Foundation Trust. They looked at two different groups of patients – 19 men whose prostate cancers were still responding to hormone therapy and 55 men with advanced hormone-resistant prostate cancer.

Scientists also analysed microbial genetic material from the stool of men with prostate cancer and identified a specific bacterium – Ruminococcus – that may play a major role in the development of resistance. In contrast, the bacterium Prevotella stercorea was associated with favourable clinical outcomes.

Researchers incubated mini-tumours called organoids derived from prostate cancer patients with different gut bacteria and attempted to treat them in the lab. This helped them identify favourable and unfavourable bacterial ‘fingerprints’ linked to prostate cancer outcome, which could help identify men who could benefit from strategies to manipulate the microbiome.

“Excitingly, our research has identified particular signatures among gut bacteria which could indicate that some men with prostate cancer who have these gut bugs are more likely to develop resistance to hormone therapy. The next step will be to further explore how we apply these signatures in patients, with the aim of devising tests to pick out men who would benefit from faecal transplants, antibiotic therapy and other strategies to manipulate the microbiome. In the long-term, our aim would be to produce a ‘yoghurt’ enriched with favourable bacteria to prevent resistance to treatment.”

“The influence of the gut microbiome on cancer is a fascinating new area of science that we are just beginning to understand. These exciting findings are the first to unveil a mechanism through which the gut microbiome can drive prostate cancer growth and resistance to hormone therapy.

“Understanding how common, ‘good’ bacteria in the gut – which play a vital role in keeping us healthy – can interfere with hormone metabolism in men with prostate cancer could help us devise new treatment strategies. I look forward to this research moving forward into the clinic and hope that strategies to manipulate the microbiome could make a real difference for patients.”

Professor Andrea Alimonti, Head of Molecular Oncology at the Institute of Oncology Research (IOR), Professor at Università della Svizzera italiana (USI), at the University of Padova and at the Swiss Federal Institute of Technology (ETH), said:

“Our discoveries pave the way to adjuvant therapeutic strategies that, through microbiota manipulations, counteract the expansion of androgen-producing bacterial species.”